John Maclean: The Speech from the Dock

John Maclean's 1918 speech from the dock has become immortalised as a defining moment of a distinctive Scottish radical tradition, symbolising 'working-class morality' against the 'capitalist morality' of the British imperialist state as it fought in the Great War. The Scottish Labour History Society has re-published the speech to mark its centenary.

The text of the speech is accompanied by two essays based on original research which contextualise Maclean to reveal the complex development of a political outlook shaped by family, religion, class, nationhood and imprisonment. An introduction and concluding essay are themed around an understanding of Maclean from a twenty-first century perspective.

The booklet is available from SLHS, price £5.00. 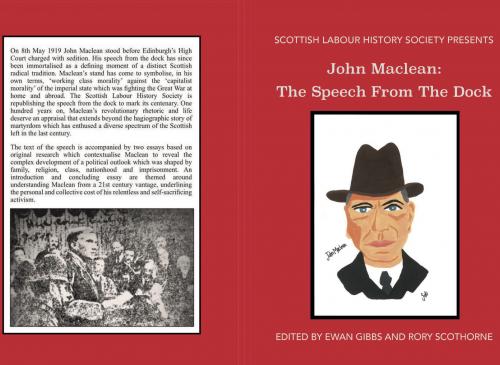