Scottish Miners in the Twentieth Century

Scottish Coal Miners in the Twentieth Century (Edinburgh University Press, 2019) examines the role coal miners have played in the social and political history of twentieth-century Scotland.

Throughout the century, Phillips contends, the Scottish miners resisted the deindustrialisation of the country and also led the campaign for Scottish Home Rule. He argues not only that miners occupy a central position in Scotland’s economic, social and political history, but also highlights their role in formulating labour movement demands for political-constitutional reforms that helped create the conditions for the establishment of the Scottish Parliament in 1999.

Phillips also uses the experiences of the miners to explore working-class well-being more broadly throughout the prolonged and politicised period of deindustrialisation that culminated in the Thatcherite assault of the 1980s.

Key features of the book include:

Jim Phillips is Senior Lecturer in Economic and Social History at the University of Glasgow. His research examines the historical dimensions of a core problem in the contemporary world: how individuals and communities identify and pursue economic security. He sees work and labour organisation in industrial sectors as central to such security, and his analysis of deindustrialisation is framed by notions of justice and the moral economy.

The book is published in hardback by Edinburgh University Press (https://edinburghuniversitypress.com/book-scottish-coal-miners-in-the-t…) and a paperback edition is planned for 2020. 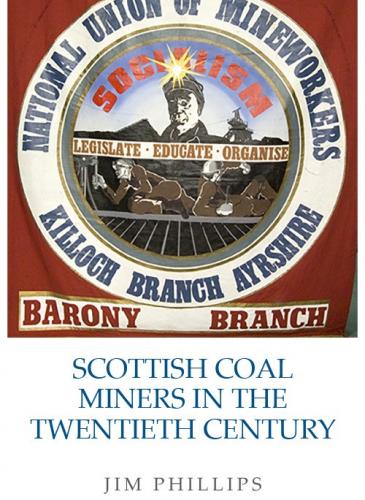