An iconic image included as part of the 2019 Nottingham Trent University exhibition, ‘Coal, Community and Change 1965-2015’, is a protest march by the Scottish Area of the National Union of Mineworkers (NUM) against the Hestletine colliery closures announced in the House of Commons on 13th October 1992 (Fig 1). This day became known in labour and trade-union circles as ‘Black Tuesday’. Because of an imminent collapse in future Electricity Supply Industry (ESI) markets for deep-mined coal, Michael Hestletine, Secretary of the Board of Trade, announced that thirty-one of the remaining fifty British collieries then in production would close with immediate effect. This led to the ‘Coal-Crisis’ of October 1992 to March 1994. Since the deregulation of the energy market, the new private generators were looking towards gas-fired power stations to generate electricity, known as the ‘Dash for Gas’ 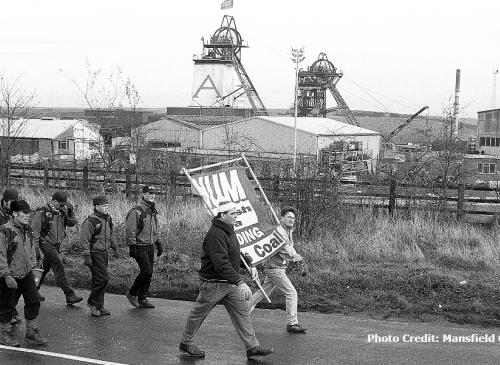 The Annesley-Bentinck Union of Democratic Mineworkers (UDM) Branch Secretary met the marchers outside the entrance to Annesley Colliery on Sunday 6th December 1992 on the Mansfield to Nottingham leg of the march. Also present that day was Sherwood Labour MP, Paddy Tipping. The marchers were presented with a commemorative Annesley-Bentinck plate and the event was reported the following day in the Nottingham Evening Post (Fig 4). At Nottingham, the Lord Mayor and some local politicians met the marchers with a meeting being held in the Nottingham City Council House.

Even though Annesley-Bentinck was not on the original 1992 Hestletine colliery hit list, British Coal (BC) finished production there in mid February 1994 following a Special Colliery Review meeting at BC Area HQ at Edwinstowe. At the time, the Complex was producing the cheapest deep-mined coal in Britain. Eventually the colliery restarted production in the new private coal sector, firstly under Coal Investments in June 1995 and in 1996 under Midlands Mining plc. Final closure came on 30th January 2000, it being the last colliery in the former NCB South Nottinghamshire Area. 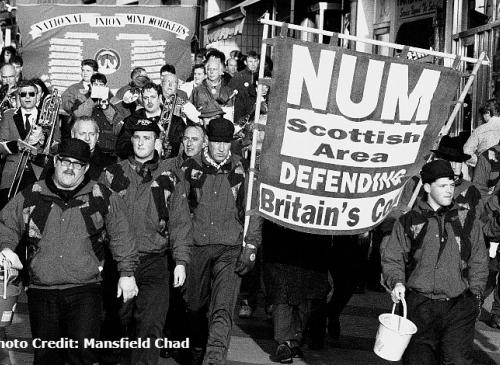 Deep coalmining in Scotland finished in 2002 with the closure of the Longannet Complex in Fife. Developed originally as a Colliery Complex in the late 1960’s through a combine of Bogside, Castlehill, Solsgirth and Castlebridge collieries, it provided coal for the nearby Longannet coal-fired power station. In March 2002 severe flooding of the workings occurred which resulted in Scottish Coal (Deep Mine) Ltd going into liquidation. The true cause of the flooding has never been satisfactorily resolved despite a lengthy report into its causes by the Health and Safety Executive.

Further information on the ‘Coal, Community and Change’ exhibition is on the Mining Heritage website at https://miningheritage.co.uk/coal-community-change/ 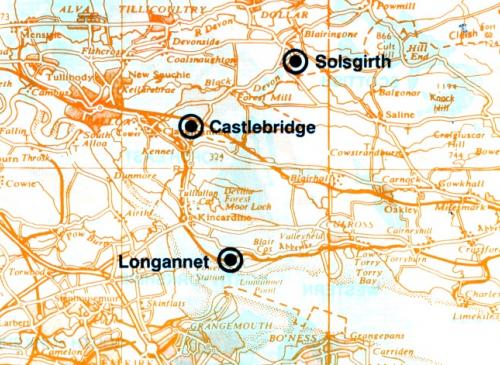